Is Overtrading the Enemy of Investment Performance? 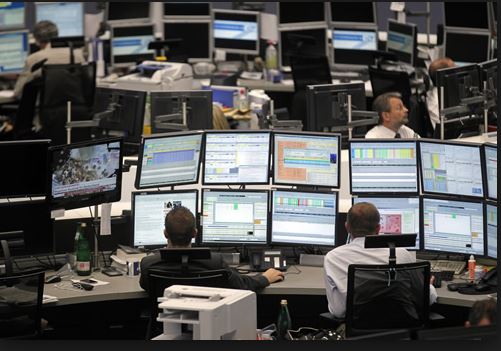 The biggest enemy of investment performance is overtrading. Overtrading means trading too much, too frequently or too large.

Many times when I talk to people they say they’re interested in making money as investors or traders, but I think what they’re really interested in is the action, as opposed to making money. Most people would be better off going to Las Vegas. That’s how I feel.

Patience is key, and so is discipline. Without them, you might as well forget about being an investor.

Warren Buffett said something very interesting a couple of weeks ago at his shareholders meeting, “You don’t need to check your investments all the time.” He said you don’t get a quote on your house every day and certainly not three or four times a day, which is what a lot of people do when it comes to their investments. How true!

Buffett said, even if you don’t check your stock in five years, so what? If you have good companies, you don’t need to look at them all the time; allow them to develop and reach their potential. This might sound like crazy talk to some people, but they’d be arguing against the most successful stock investor of all time. Good luck.

Over a decade as a trader and as a licensed trader, I have met so many guys who would just sit there, glued to their trading screens thinking they were really on top of the game.  But in the end, their performance was terrible. The long-term guys, the “macro” thinkers and “behaviorists” always blew these screen traders away, and they still do.

I also find that people want to hit home runs all the time. They want the next Apple (AAPL) or the next Amazon.com (AMZN) or Tesla Motors (TSLA).   Whichever the next “hot” stock is going to be, we want it and we want it now! Like Buffet said, people hit the lottery every day, but you’re probably not going to be one of them. That doesn’t mean you cannot get rich as an investor.

The current market environment is a great environment to practice patience. It will frustrate and defeat a lot of people, I am certain. They’ll end up being unsure, or trading every little squiggle in the price action and in the end they’ll churn themselves to death and lose everything. Then, six months or a year from now, they’ll be watching from the sidelines as the market is much higher.

Investing is a constant process, not a set-it-and-forget-it process. The market, too, is always in a constant process of rotation where leaders emerge, stay there for a while then eventually cede the leadership to new leaders. I’m selling and I am buying, but I am mostly always invested.  My money is always being put to good use.

When I see risk being high, based on my macroeconomic analysis — things like fiscal flows and policy — then I might move to higher levels of cash, eagerly awaiting a market downturn that affords me an opportunity to buy in on the cheap.

That’s how I roll. I’m buying, I’m selling, I look forward to market downturns; I have patience with my investments and I never overtrade.