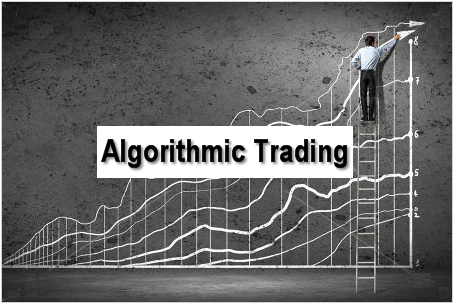 These are some of the benefits of algo (algorithm-based) trading highlighted by Ludhiana-based broker MasterTrust on its website. MasterTrust is not the only one goading retail traders to adopt algo-based strategies to trade. A slew of other top domestic brokers such asEdelweiss Financial Services, Sharekhan, IIFL,Prabhudas Lilladher and Reliance Securities have started selling the concept to traders.

The objective remains the same: use automation to maximize trading profits. The broker benefits by getting an additional fee from the traders — as high as Rs 15,000 to Rs 30,000 per month per strategy — to use the facility. “These strategies help traders tap opportunities in a milli-second, which is practically impossible through human intervention. Besides, algos can provide an additional source of revenue to brokers since customers are willing to pay a fee for using the facility,” said B Gopkumar, chief executive of Reliance Securities. He said Reliance Securities currently have three or four standard algo strategies in place and might do a mass roll-out to its clients in the next month or so.

The simplest algo strategies could involve buying a stock when it rises above the 200-day moving average, or selling a particular stock when it moves into overbought territory. There are many other sophisticated strategies such as pair trading and scalping. Scalping, for instance, involves making profits on small price changes. Traders who implement this strategy will place anywhere from 10 to a couple of hundred trades in a single day to capture small price moves.

Algo trades use advanced mathematical models for effecting transactions and can pump thousands of orders in a second. There are multi-client and single-client algos. The former are automated strategies targeted at multiple clients and based on a preset system of rules developed by brokers or algo vendors. Single-client algos are customized according to the needs of a particular client. Popular algo vendors in the market include Omnesys, Symphony Fintech, and Greeksoft Technologies.

Brokers cite several benefits of employing algo-based strategies. It takes away the emotions from decision making, enabling traders to honor stop-losses and other targets. It also helps clients size their trades more effectively and ensure they don’t become over-leveraged in the market.  Some experts, however, believe algo-based strategies are not suited to individuals because of the complexity and the risks involved.

While algo trades provide liquidity as more orders are placed, they can distort prices if wrong programs are allowed to run unchecked. However, this is mostly a problem only in cases of large orders executed by institutional clients.

As a precautionary step, stock exchanges currently audit all algos to back test them and assess their risk parameters, and might take 25-40 days to before green-lighting a particular strategy.

Interestingly, in September last year, the Association of National Exchanges Members of India (Anmi), a body of stockbrokers, had written to the regulator, suggesting ways to minimize risks arising out of algo trades. At present, about 20 per cent of the turnover on the exchanges comes through the algo route.